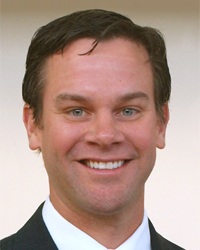 Alan joined the Center for Orthopaedics and Sports Medicine in September 1999. He has been a physician assistant since July 1999. Alan passed his NCCPA certifying exam in October 1999. He is certified by the State Board of Medicine and State Board of Osteopathic Medical Examiners.

Alan earned his Bachelor of Health Sciences degree from Duquesne University in May 1998. He then graduated from Duquesne in August 1999 with a Masters Degree in Physician Assistant.

Alan completed eight clinical rotations during his last year of education. One of his rotations was in orthopaedics at the Center for Orthopaedics & Sports Medicine. He also completed a general surgery rotation at West Penn Hospital in Pittsburgh, Pennsylvania and a neurology rotation in Steubenville, Ohio. Alan’s remaining rotations included internal medicine, pediatrics, family practice, obstetrics and gynecology and emergency medicine.